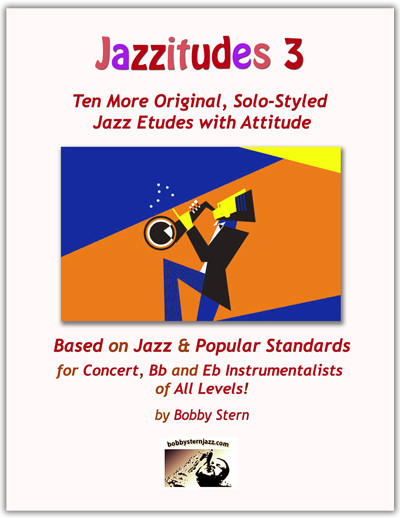 Based on Jazz & Popular Standards for Concert, Bb and Eb Instrumentalists of All Levels

The ten original, solo style Jazz etudes “with attitude” found in this, the 3rd volume of “Jazzitudes”, are based once more, on the chord changes of familiar, time honored Jazz & Pop standards.

Each etude is presented in C, Bb and Eb versions.

Creating etudes over a familiar set of chord changes is a practical method of “transcribing one's mind”, as well as a vehicle for employing different musical concepts in a musical manner. While not all concepts might be stylistically relevant to a given musical situation, many of the concepts found in previously published Shortbooks™ are employed successfully here within these various etudes.

The etudes contained in "Jazzitudes 3" are based on the chord changes of: 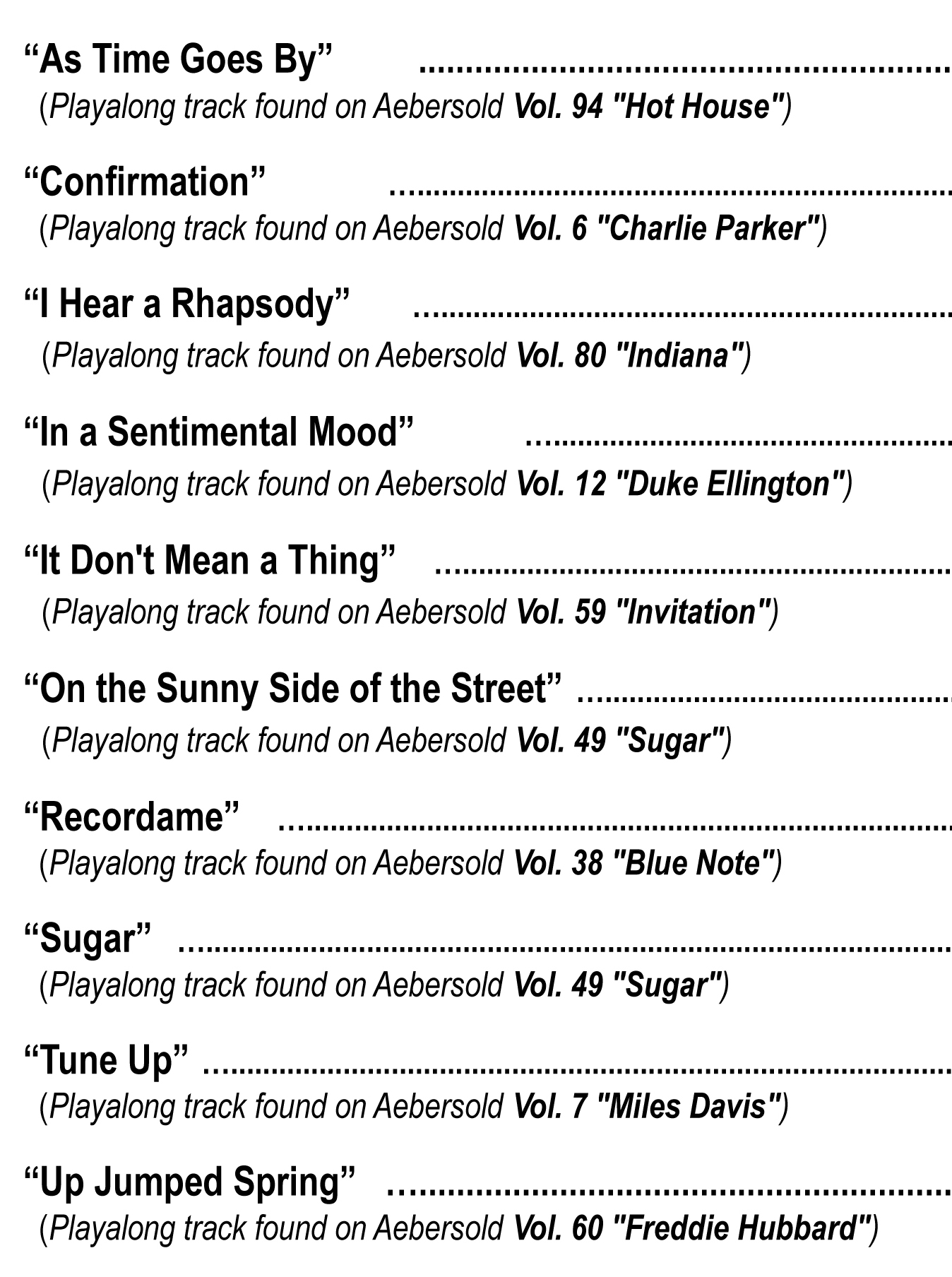 One goal in the creation of these etudes was to have their lines flow and resolve melodically, harmonically and rhythmically - without being too predictable or cliche. Considerable attention was paid to a line's rhythmic balance and contour by avoiding long stretches of continuous eighth notes with the use of rests and triplets - without sounding contrived.

This melodic and rhythmic diversity makes for great sight reading practice, as well.

The etudes contained in “Jazzitudes 3” were chosen for their general familiarity, as well as the availability of recorded playalong tracks from publishers such as Jamey Aebersold, Hal Leonard and others. As a further option, apps such as Band-in-a-Box, iReal Pro and others allow one to create customized playalongs by typing in chord changes and adjusting key and tempo.

Although some familiarity with different recorded versions of these standards will go a long way in the process of “hearing the changes”, it's not necessary to use a playalong in order to work with these etudes.

As with the previous two volumes, these Jazzitudes will most assuredly provide many hours of creative entertainment, challenge and musical growth.